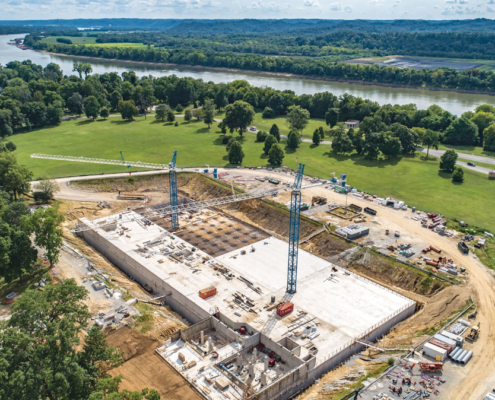 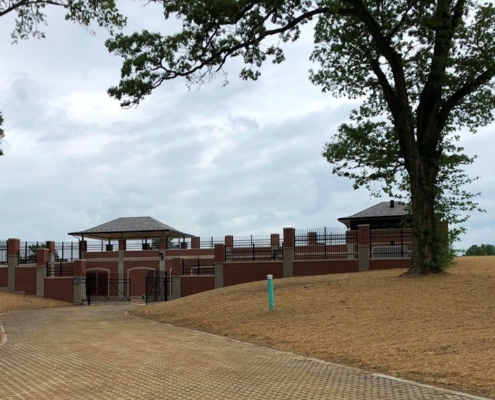 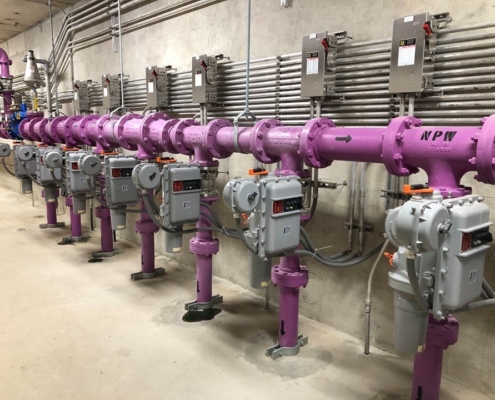 The Southwestern Parkway Storage Basin is another project by Louisville and Jefferson County Metropolitan Sewer District’s Waterway Improvements Now (WIN) program. Rainwater and sewage will be retained in the basin for processing, keeping the overflows from heavy rain events out of Louisville’s rivers and streams.

In addition to the short timeframe for design, the Southwestern Parkway CSO Basin was built in the middle of the historic Shawnee Park. The 100-year-old park site was selected because of its proximity to the Ohio River and two large combined sewer outfalls. It also is the home to one of MSD’s existing flood protection pump stations. This new facility can pump up to 30 million gallons per day.

The client and the community wanted to preserve the park for future use. As a result, the design team preserved mature trees in the area and maintained access to the park during and after construction. In addition, the park’s signature feature known as the “Great Lawn” lays atop the basin.

The buried basin design with a “walkout basement” operations building for operator access allows the park grounds to continue to be used. The architectural elements maintain the historic park appearance and help the visible parts of the basin blend with the surroundings including an open pavilion and new restrooms.

In 2019, the Southwestern Parkway CSO Basin project received a National Award of Merit in the Water/Wastewater category from the Design-Build Institute of America (DBIA). This annual award is given to projects that exemplify the highest standards of design-build delivery.